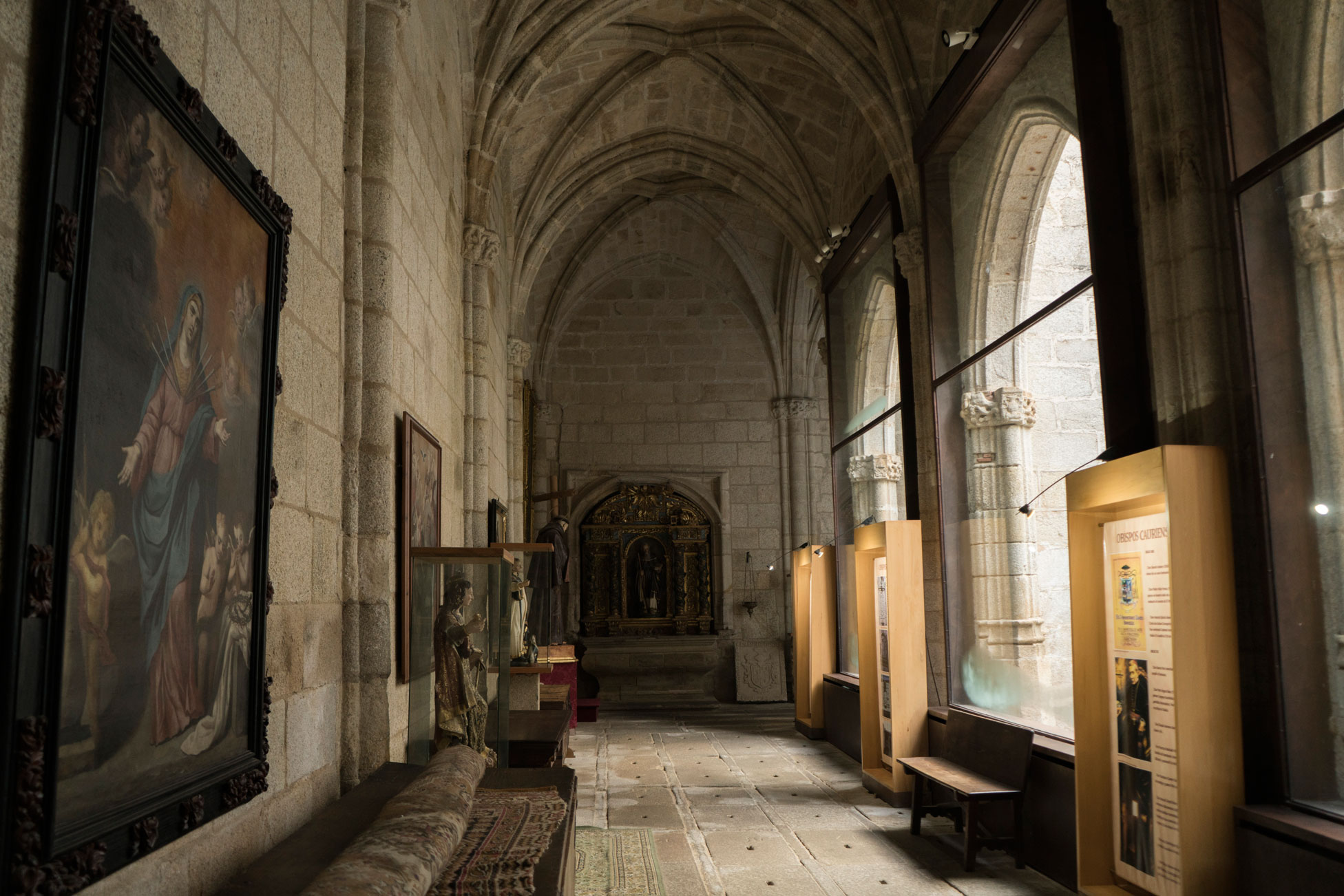 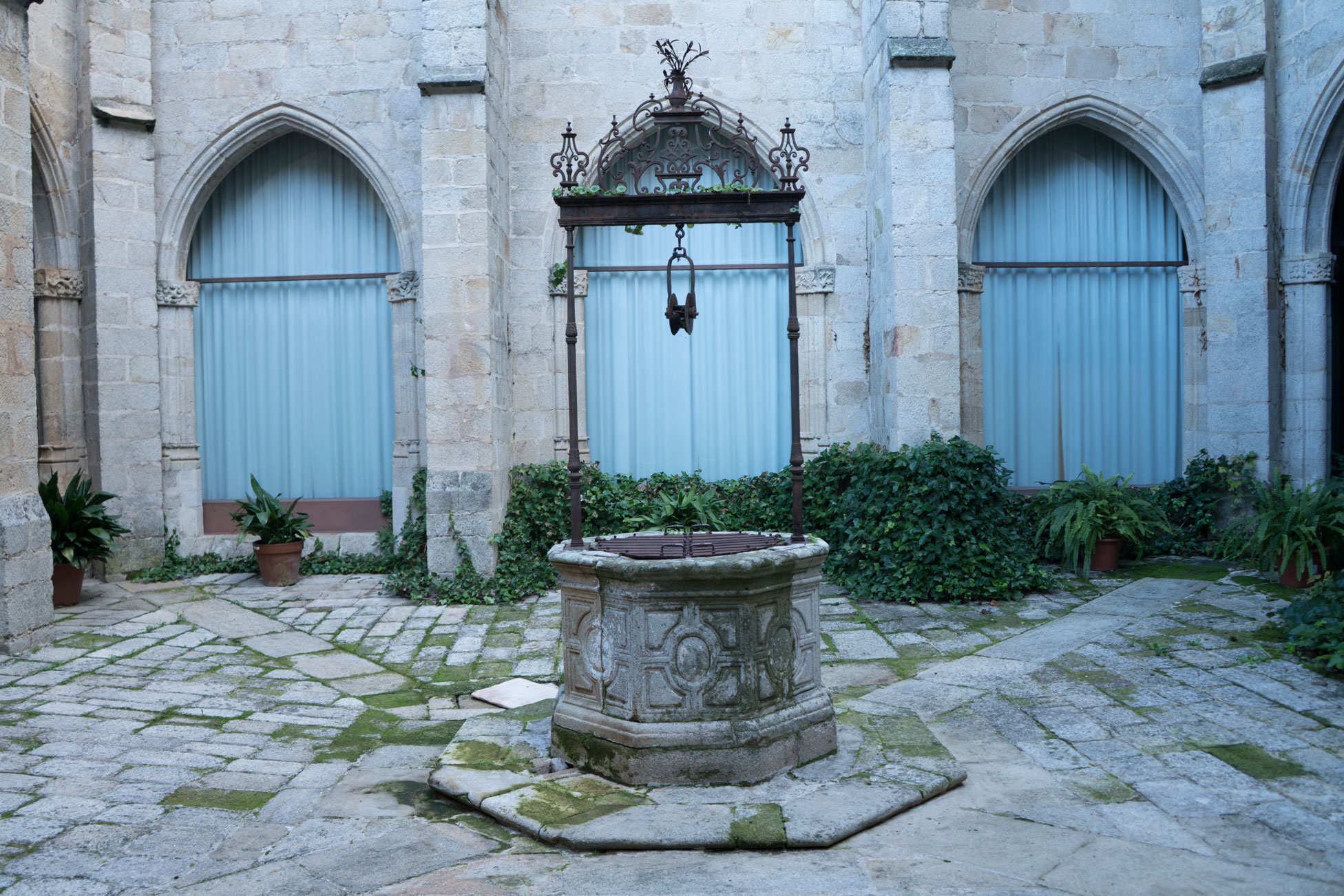 At the heart of the complex lies the patio, its main feature being the majestic well built in 1620.

The museum route starts in the eastern part of the central bay where a series of panels explain the history of the dioceses of Coria-Cáceres. 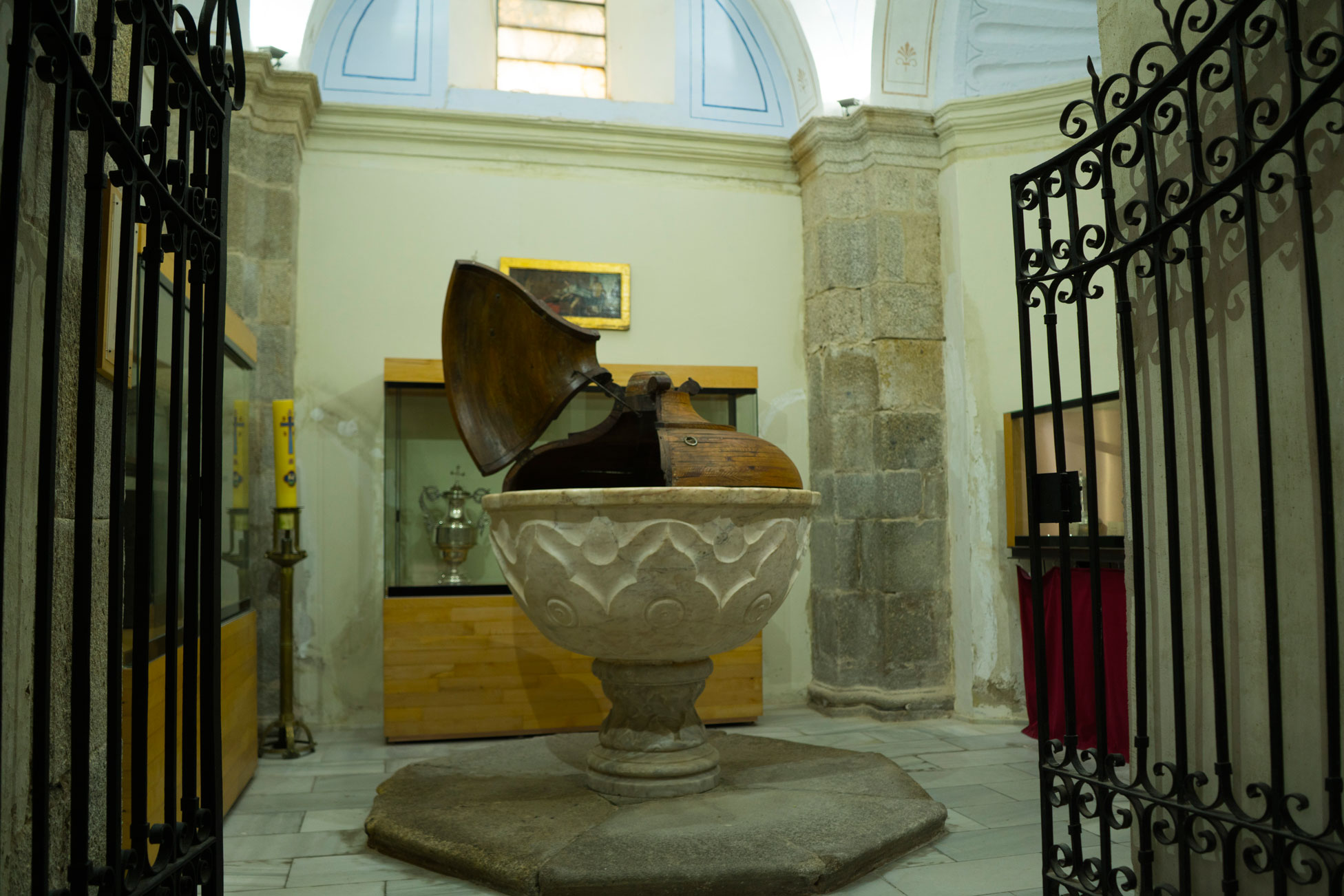 The north-western end is occupied by an Eighteenth Century altarpiece showing the image of San Benito de Nursia. This leads us into the Capilla Bautismal (baptism chapel), home to the marble font, gifted by the Bishop Don Juan José García Álvaro in 1778. 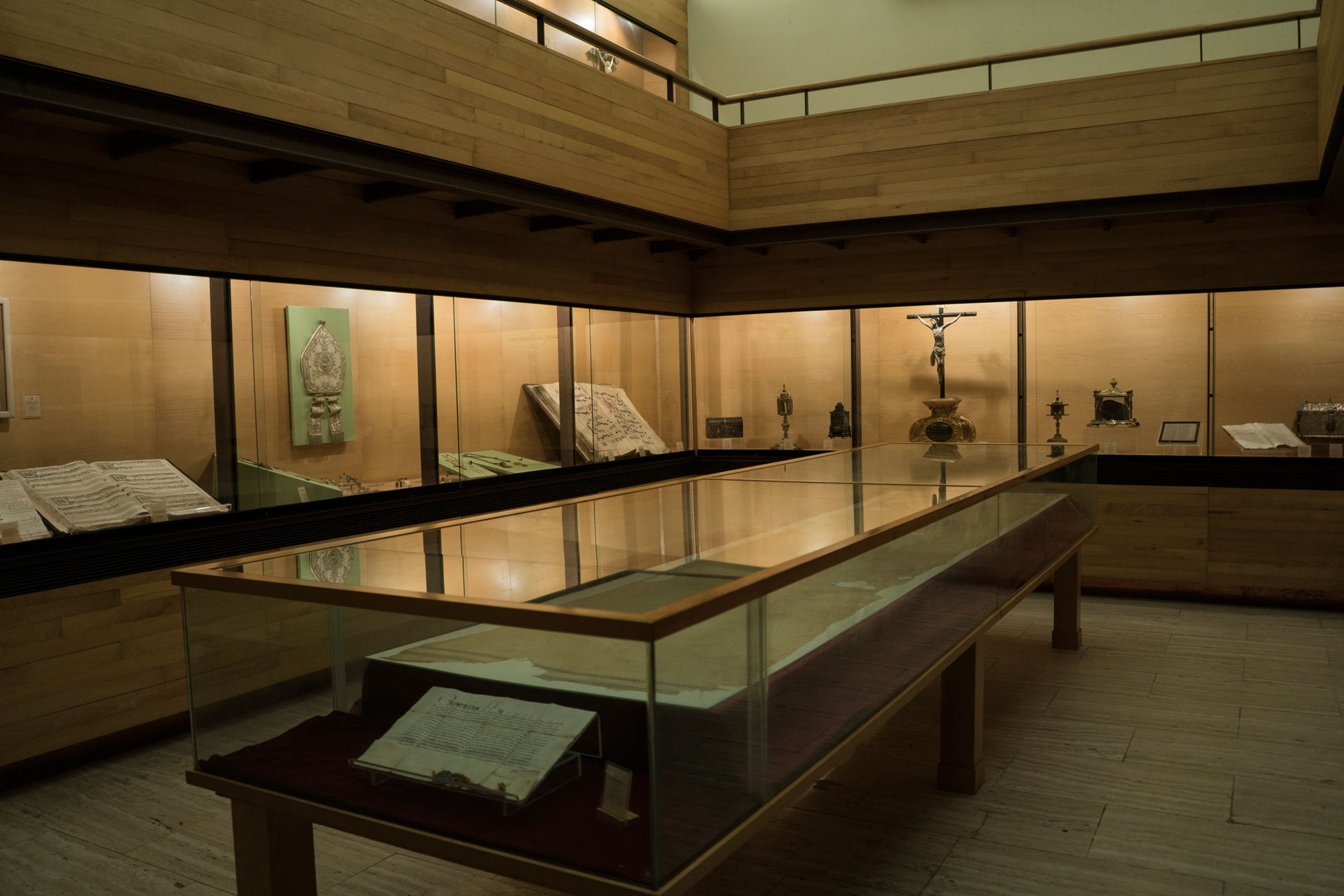 In the centre of the western passage, a door leads to the old Vestuario de Canónigos (canons’ dressing room). This room, dedicated to Jesus the Saviour, contains two levels: the lower one contains pieces including the collection of Papal Bulls (1315-1578), rings and episcopal breastplates (Nineteenth and Twentieth Centuries), a page belonging to Thomas Aquinas’ Summa Theologica and the extraordinary image of Archangel Saint Michael, attributed to the workshop of Salvador Carmona. 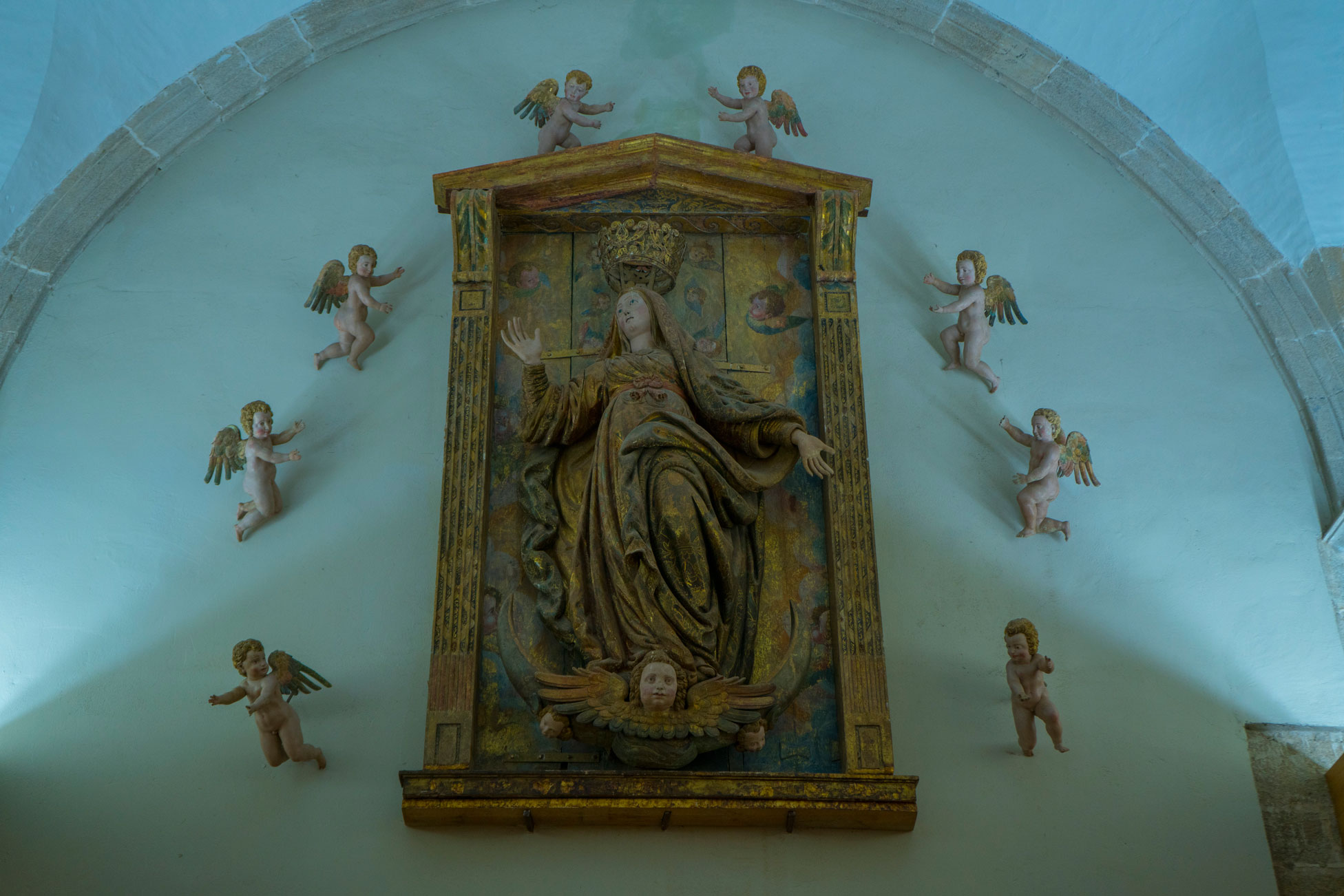 The higher level is presided over by Lucas Mitada’s monumental image of the Ascension (produced in the decade of 1590) which made up part of the old cathedral altarpiece. In the glass cabinets, certain cathedral relics; the Lignum Crucis, Holy Thorn and Blood of Christ are examples of particular importance. In front of the sculpture of the Annunciation we can see an oil-on-board triptych depicting the Annunciation, Saint Gerome Penitent and Saint Francis of Assisi receiving his stigmata (1528).

From the Vestuario de Canónigos (canons’ dressing room) we pass into the old Sala del Cabildo (chapter hall) which houses an impressive collection of chalices, monstrances, ciboria, ostensories and cruets from the Seventeenth to Nineteenth Centuries. Here is also the Cathedral’s foundational document, which confirms the privileges bestowed on the Cathedral by Alfonso VII of Leon in 1142 when he re-conquered the city from Muslim ownership. 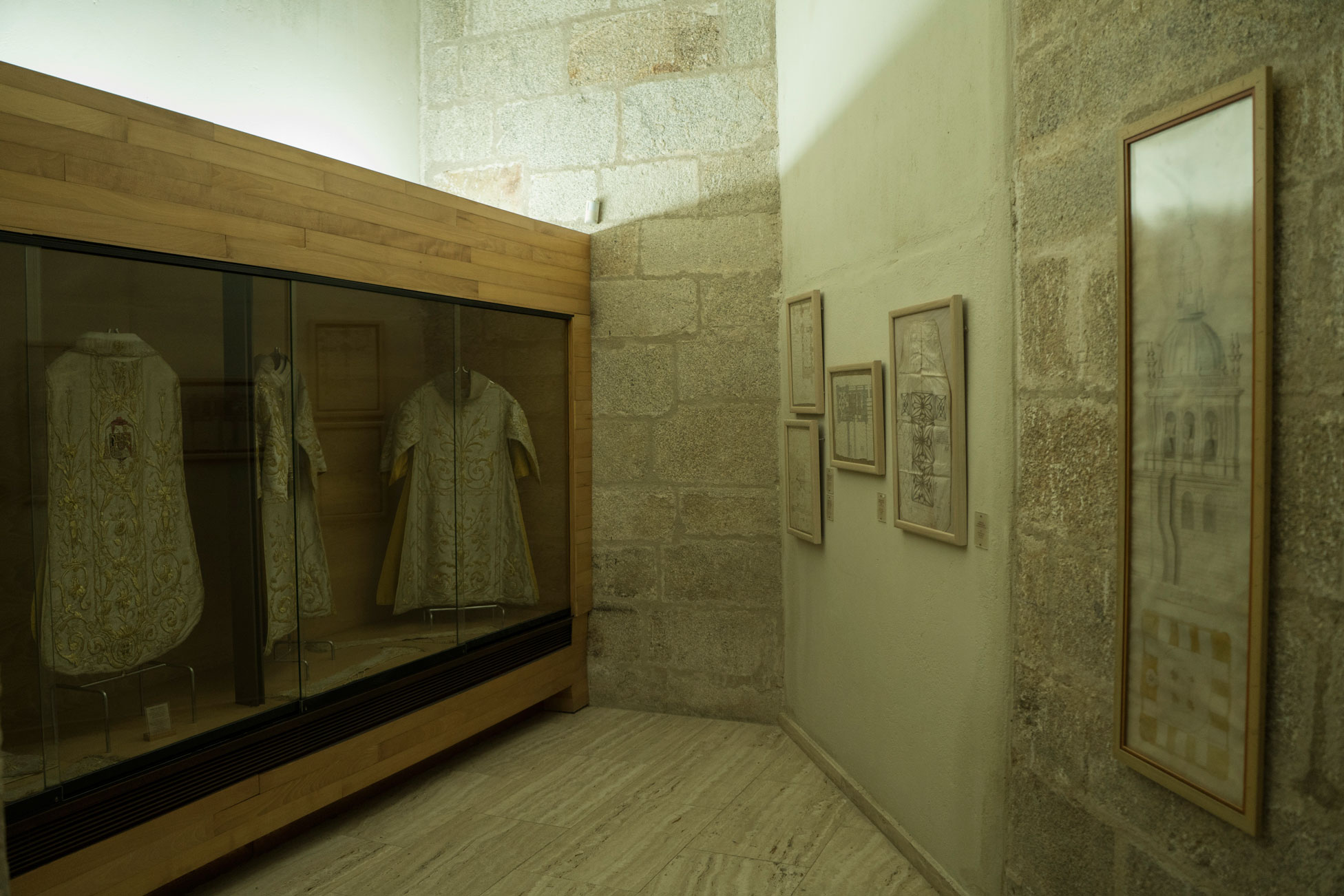 From the old Sala del Cabildo we pass into what is known as the Sala del Tesoro (Treasure Room) which today houses a collection of drawings and plans made throughout the different Cathedral construction periods, amongst which we should highlight those made by Bartolomé de Pelayos in 1502 and the plans for the tower made by Manuel de Larra y Churriguera in 1732. 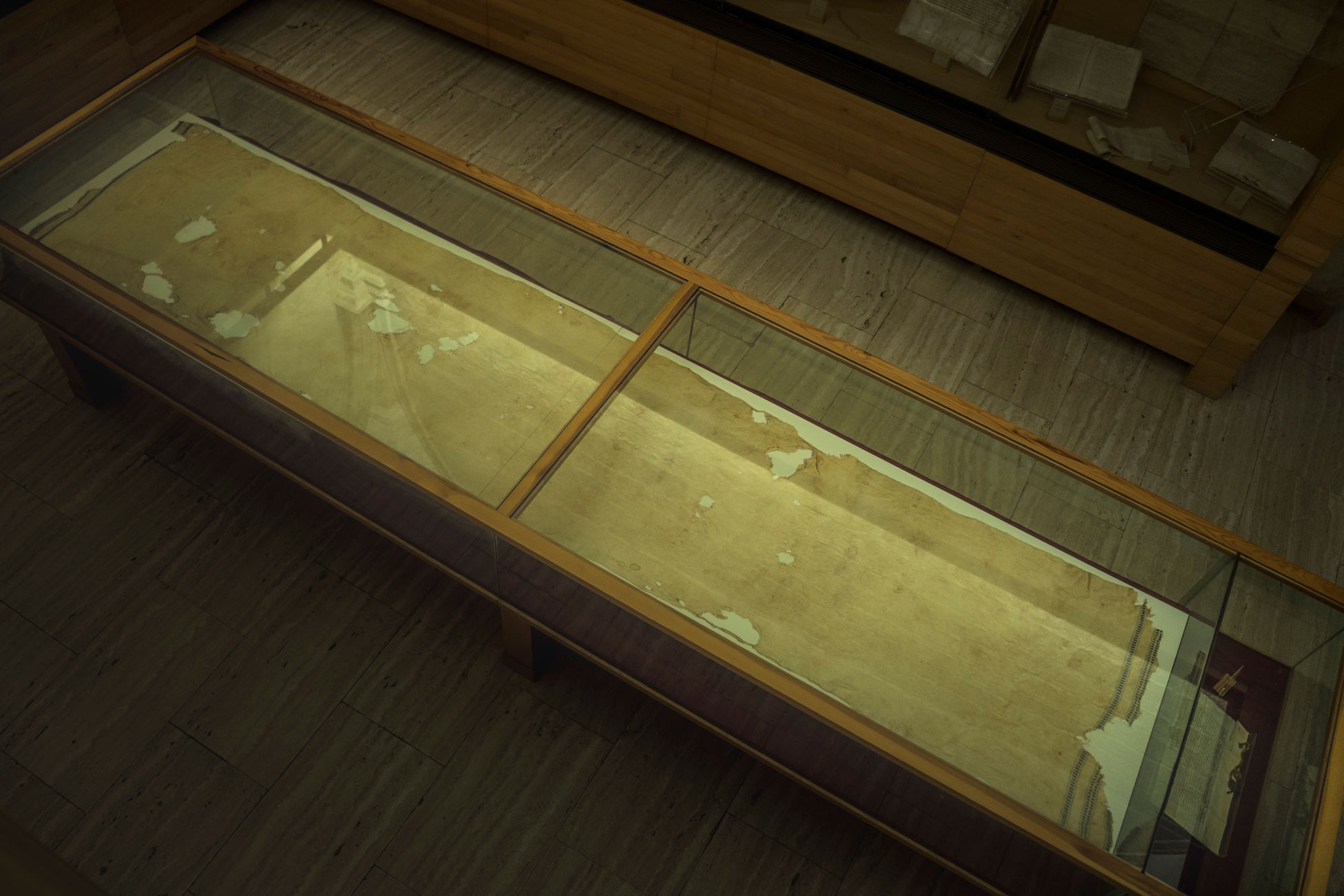 The Tablecloth of the Sacred Supper of the Lord is the most precious relic of the Cathedral. It measures 4.2 metres long and 92 centimetres wide. The piece is made of white linen with one part dyed and the other not. The production date can be set in the first half of the First Century of our own Era. These conclusions were reached after the material was subjected to intensive analysis in the Natural Science Museum of Madrid’s laboratories in October 1960. In the past, the Bishop would show it to the people of Coria from the Balcón de las Reliquias (“Balcony of Relics”) on the 3rd of May each year. This ceremony has not taken place since 1791.