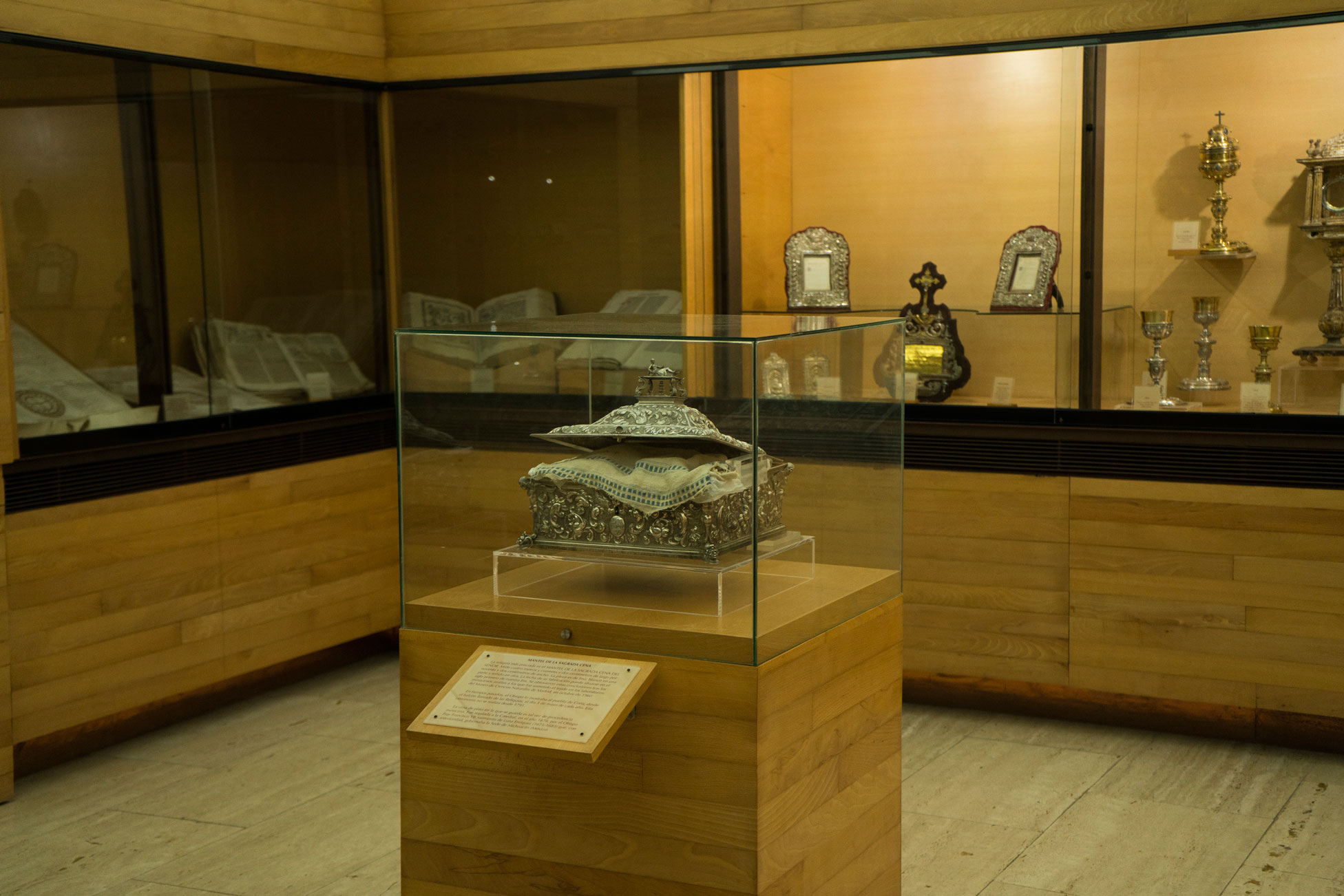 This is without a doubt one of the most important Christian relics. Some of the field’s leading researchers , including Hernández Pacheco, Carrato Ibáñez and Gómez Moreno, have dated it to the First Century AD, and the Tablecloth is made of white linen yarn with blue decorative strips dyed with indigo. It is completely unique in the world and its dimensions are 4.42 meters in length by 92 centimetres in width.

Until 1791 the Tablecloth used to be on public display to the pilgrims who came in mass to the city of Coria. Devotion to the relic was such that the Cathedral had to undertake building work to facilitate these public exhibitions: specifically, the balcony in the front part of the Cathedral, at the “Puerta del Evangelio” (or “Gospel Door”) was built high enough so that the 4 metres of cloth could be hung from it. Nonetheless, in the end the decision was taken to stop exhibiting the relic because the worshippers were pulling off sections of the cloth. Because it remained hidden, from 1791 onwards much of the popular devotion towards the relic was lost and, bit by bit, it was forgotten. That is changing today thanks to the initiative of the Cathedral Chapter and the Bishop of Coria-Cáceres to bring the relic back into public awareness.

In addition to this the relic appeals to national and international researchers; this has resulted in press attention to the point that, for a few years now, the city of Coria has started once again to receive pilgrims and tourists interested in the Tablecloth. It must be remembered that, according to tradition, this unique relic witnessed the Last Supper of Jesus Christ, making this cloth present at the establishment of the Institution of the Holy Mass and the birth of the Church. These are the reasons for the great devotion which has surrounded the relic over the centuries.